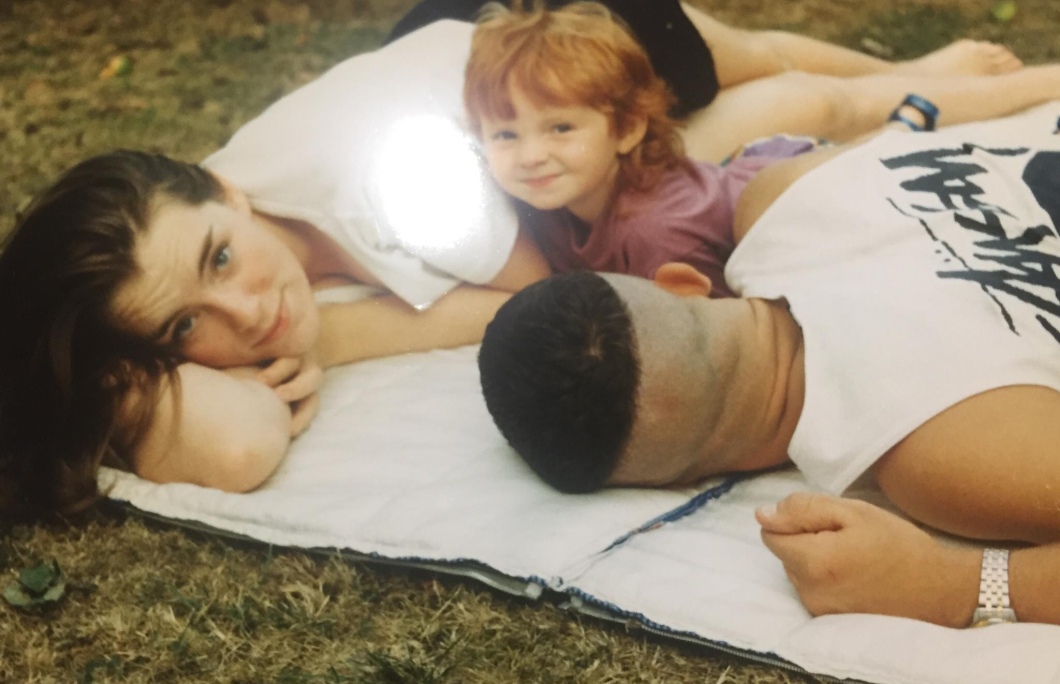 And so, following on from Part 1…

Somehow – as everyone does – Ian and I found ourselves in adulthood. From my perspective, our late teens and early twenties were very happy times in our relationship. We were both at university and were finding our freedom and our feet in the world, and loving it. We went to gigs together, got drunk together and had some of the best fun. He had ups and downs, and always found rejection of any kind hard to deal with, but in general the expectation and anxiety which comes with adulthood had not had time to really bed in. Life was still fairly lighthearted, and Ian’s social life blossomed as his sociable nature did the same. Despite his tendency towards negativity, depression did not come crashing down until his late twenties.  And what a crash it was.

Ian worked in the Metropolitan Police as an PC, but after a very stressful period, he left his job and, more significantly in his mind, his career. This resulted in feelings of failure, loss of direction and panic about the future, triggering very low self-esteem and ultimately a total breakdown.  When I think back to that point – the early months of 2004 – all I can recall are grey days and rain.  I was completing my nurse training at the time, and living about 20 miles away from Ian.  I would get the bus after an early shift, travelling slowly through the miserable north London streets, watching the raindrops stream down the windows; the dim street lights and fog outside reflecting my mood.  When I arrived at Ian’s house I never knew for sure what I would find.  Sometimes he was still in bed, despite it being late afternoon.  Sometimes he was so relieved to see me that he actually looked happy for a fleeting moment as he squeezed me hello.  Sometimes he had managed to cook us some tea, and sometimes we went round the corner to Subway and I watched the raindrops run down a different window.  I would sleep on his floor while he thrashed and fought his way through the nightmares which refused to give him any rest.  In the morning I would chivvy him out of the door if I could, and in the weeks when he appeared to be improving, I could persuade him to go with me to the library and do some research into job options.  It was in the days before Wi-Fi and constant internet access, so the library became a second front room.  Normally I would leave his house at lunchtime to get another miserable bus back to where I lived in time for a late shift.  And so it went on…

At this stage there were very few people who knew how much Ian was struggling, including our Mum, Dad and sister, who was only 11 at the time.  It was due to a feeling of wanting to shield our family that Ian had decided that he did not want to tell them how difficult things were.  I confided in a couple of friends, as did Ian, but other than that, we were really on our own.  At the time I remember consciously asking myself how I was coping… and reaching the conclusion that I was doing OK.  I was managing.  My grades didn’t slip, my placement hours were signed off, and my stress levels were OK.  It was like being on autopilot.  This is what needed doing, so this is what happened. I have thought many, many times since about what I should and could have done differently, and about what I would do if I was in that place again.  As I have eluded to in previous blogs, I haven’t ever reached any concrete conclusions. I wish I could put it behind me, but these thoughts and questions just do not stop appearing.

This routine continued until spring time, when Ian made an attempt to take his own life. I received a phone call on a Saturday evening at around 8pm as I was just getting ready to go out with friends. On the end of the phone was Ian who said nothing apart from my name, over and over for what seemed like an age. He was clearly distressed and I could not get him to tell me what had happened, so my own panic just got stronger and stronger. Eventually he managed to communicate that he had just regained consciousness having attempted to take his life. I told him he needed to call for an ambulance straight away, which he did. The next person I spoke to, about an hour later, was a paramedic who told me they were taking Ian to hospital. As is typical, instead of being 20 miles up the road from his house, on this occasion I was 100 miles away and there was no way I could get to him until the next day. I had a very surreal and restless night on a friend’s sofa, watching back to back episodes of boxsets to try and distract me. I did not sleep.

The following day I somehow managed to find my way to north London, and to the mental health ward of the hospital where he was. With Ian at the hospital were two of his close friends whom he had called.  I was very grateful for their presence, particularly as I had not prepared myself for how ill he was going to look.  With hindsight, of course he was going to look bloody awful… but somehow I had not pre-emptied this. It was a huge shock and a prominent memory even 14 years later.

Ian remained in hospital, voluntarily, for a month.  Again, it seemed very bizarre at the time, and still seems so now, but once again we agreed not to tell Mum and Dad.  They both had a lot on their individual and collective plates at that time, and it was for genuinely altruistic reasons, rather than shame, that Ian decided on this.  On a couple of occasions Dad phoned Ian on his mobile and he would chat for a bit, without mentioning that he was currently in hospital.  I felt increasingly uncomfortable about this, but as though I was caught between a rock and a hard place – guilty for essentially lying to my parents about something so big and significant, but also terrified of letting Ian down in any way. I felt scared that if Ian’s trust was betrayed then perhaps he would stop confiding in the very few people that he had.  He had showed me very clearly what the horrifying consequences of that might be, and it seems that this was a key point in me taking on even more emotional responsibility for him, due to my utter terror of what I knew might happen.

While he was in hospital Ian gradually improved. With the dedication of incredible NHS professionals he got well enough to leave hospital when he felt ready. I felt very apprehensive about him returning to the house where he lived, as this was the scene of his suicide attempt and where he lived with previous colleagues from the police service. Although they had been nothing but supportive, living with them was a constant source of anxiety and pain for him. That environment was only associated – in my mind at least – with bad things, so I was very relieved when two very close friends of Ian (who were married) asked him to go and live with them until he was back on his feet. In hindsight – what a wonderful thing it is – I also see that by moving away from the area he also slipped through the net of primary care support. As he continued to improve, Ian and I spoke less and less openly about what had happened. It was the elephant in the room, and something that we would only ever acknowledge having happened when he was feeling low again. I also see now that this was absolutely reflected in his discussions with his GP in those initial, vital months after his attempt on his life. His new GP did not know Ian and Ian did not visit willingly. He took himself off his anti-depressant medication within weeks of coming out of hospital and, not being on any other prescribed medication, had no reason to see his GP or have contact with the surgery. I guess that his GP would have been aware of this new patient and his suicide attempt, but as Ian did not pursue help and as he was not on any medication, I guess the thinking was that he was fully recovered. Again, hindsight is a wonderful and painful thing …

That’s all for now. This has been a very difficult account to write, but once again to put down in black and white the facts of what happened is hugely therapeutic. It has allowed me to reflect, to be open and vulnerable and to be honest about the issues which continue to haunt me about that time.

In my next blog I want to write about the following years, when Ian was what I would describe as a functional depressive. For now, however, I need a little breather.

Thank you for reading 🙏