Ian’s story – Part 1: Back to the Future 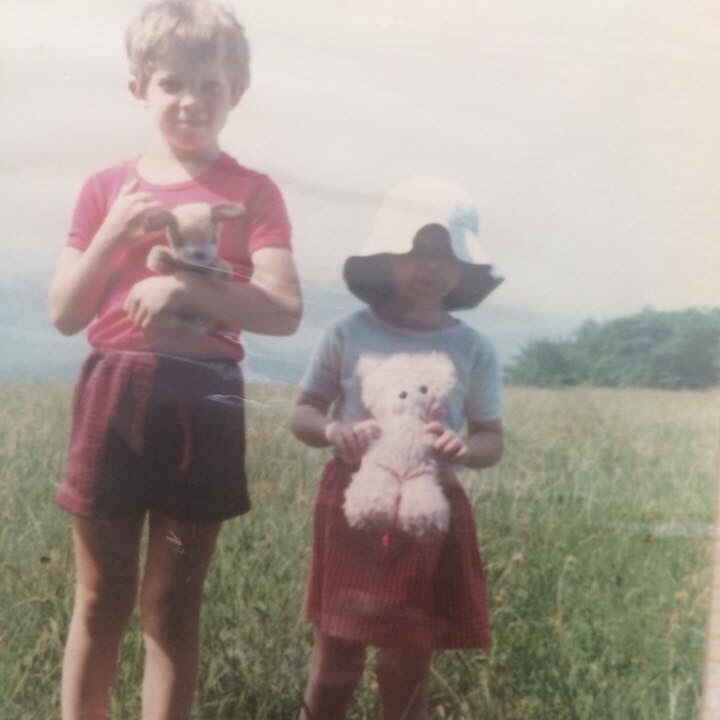 I sometimes wonder how the hell we got into this situation.

Hindsight and memories are wonderful and sometimes painful aspects of what it means to be human. A friend of mine recently encouraged me to think about the timeline of my life in order to try and lessen the impact of the past in my present and my future. Sometimes the past feels to me like a huge, tangled mess of thoughts and questions and events and emotions. Other times it feels linear, clearer and more manageable. With this in mind I would like to write a series of blogs which reflect on different chunks of life, and how these memories have been informed, tainted and sometimes explained by Ian’s suicide.

I grew up in a stable, loving house.  My parents were both teachers and encouraged and supported all of us to be ambitious and achieve our potential.  As a family we enjoyed financial security, lovely holidays each year and although we were far from spoiled, we didn’t lack anything materially during our upbringing.  We lived in a nice, middle class area of Surrey and had strong friendships with other children.  When I write these words, I know that we had enviable childhoods and were hugely lucky.  So how did such a fortunate and happy family lose one of its members to suicide?

Of course, I know the answer is that mental illness can exist without trauma, deprivation or acrimonious relationships, in just the same way that these things do not automatically result in mental illness.  There may be correlations, but it is far from formulaic.

I have reflected frequently about my relationship with Ian as we grew up, and have realised that perhaps the subtle signs of him leaning towards depression were there from quite a young age, despite of and alongside our lovely upbringing.  From when I was very small I sensed that he naturally saw life as half empty rather than half full.  I also knew for certain that I felt more relaxed and calmer when he was happy.  With hindsight I realise that I always felt a sense of responsibility for Ian’s wellbeing and his happiness.  Neither Ian nor my parents knew this or in any way instigated it – I was not even consciously aware of it until relatively recently.  It was, for some reason to do with genetics or personality or circumstance, part and parcel of my subconscious feelings and instincts.

As a child Ian could get into a ‘grump’ – which of course any child will experience – but this somehow extended further into becoming demoralised and feeling that it was always he who had the bad luck; a classic pattern of negative thinking and self-fulfilling prophecy.  He was not an angry child – I never once remember him having a meltdown or a tantrum.  It was more that he could be world-weary, a little bit ‘Eeyore’.  As a child I became accustomed to throwing board games or running races – making sure I lost to keep the smile on his face.  I had a sense that when he was teasing me or just being downright mean, although it riled me, in my simplistic mind it was somehow a positive thing as it meant that he was not feeling sad.

As we grew up and became teenagers my sense of needing to protect him remained and I recall lying for him to stop him getting into trouble and helping him out of various scrapes.  It always made me sad that he didn’t ever outwardly express feeling that way towards me.  Sometimes, especially at secondary school with issues of boys and friends and bullies and identity looming, I wished for a older brother who looked out for me, who could guide me and who had my back.  I know that he loved me, because in adulthood he told me many times. I think my sadness comes down to the fact that, essentially, I always felt like the older sibling, when really I wanted to be the little sister.  This still makes me sad. I have, over time, gained some understanding that he would probably have loved to feel confident and self-assured enough to guide me and that actually it was a reflection of his self-image which meant that he did not.

It’s odd that it’s only with hindsight that these things become apparent.  Of course as a child I thought I was just a younger sister who was playing with and living alongside my older brother in a perfectly natural way.   I did not realise that I had subconsciously taken responsibility for trying to make him happy and for trying to avoid a low mood.  I always felt a very subtle sense that I could and should do more, and that if he was having a bad day or feeling sad, then this was somehow my fault.  My boundaries were skewed from a young age, and this has impacted enormously on future relationships, including the expectations which – I am uncomfortably aware – I now project onto my son regarding his relationship with his younger sister.  But they are topics for other blogs at other times.

It was just me and Ian until I was 14 and he was 16, when our little sister came along – unexpected and wonderful. Ian utterly adored her, from the moment she was born. Neither Ian’s nor my relationship with her contained the sibling frustrations and bickering and scrapping that ours did, purely due to the big age gap. In both of our eyes (and to this day in mine) she could really do no wrong.  In that sense I feel that she had much more of the ‘big brother’ part of Ian and I do envy her that, but I am also glad that he had that instinct for her as I think it was a relationship that he truly cherished.  He was so proud of her and had an almost paternal approach with her.  In fact, his relationship with her was probably the closest he came to experiencing fatherhood.  This is a blessing, but also incredibly sad.

I do not want to give the picture that Ian was constantly miserable as a child.  It was more of a subtle leaning – personality traits and responses to situations – that would not have been thought of as depression at the time, but which perhaps hinted of things to come.  Indeed, we shared a huge amount of hilarity in our childhood years – laughing at our grandparents and secretively rolling our eyes at our parents, messing about on holidays, making up in-jokes which would live on for years.  He was something of a buffoon, with a brilliant sense of humour, an infectious laugh and a huge sense of fun and silliness.  He managed to get himself into some ridiculous situations which would become the stuff of legend, and when he loved something, he really loved it.  His love of life made his struggle all the more heart-breaking.  I have wondered on occasion whether he had bipolar 2, and will discuss this more in Part 2 when I want to think about the next stage which we negotiated – adulthood.

Until then, thank you for reading.  This has been a difficult blog to write but, as always, I have found it helpful to put in black and white.