Ode to my Friend 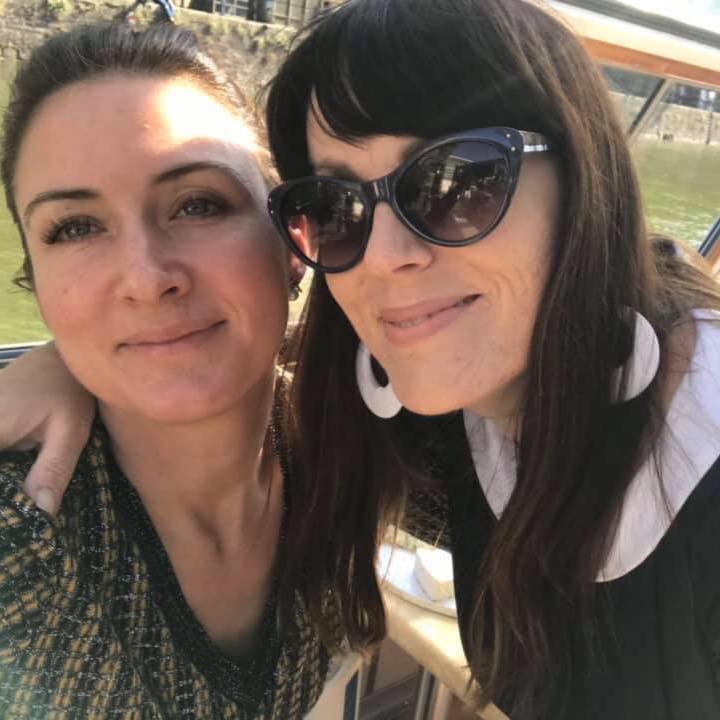 Today, my oldest friend in the world turns 40.

We first met when I was eight and she was seven, in 1G – Mrs. Grove’s Year 4 class at West Ashtead Middle School.  If you do the equation, you will work out that we have been best friends for 32 years.  Not only is this a friendship which has lasted longer than any other which I am lucky enough to have, it is also a friendship which has taught me some of the deepest, most important lessons about life and loyalty.  This is partly because of the sheer duration of our relationship, but it is also down to various events which have occurred in both of our lives.

So this little blog is my tribute to Angela on her 40th birthday – a friend without whom I would be utterly lost, and an altogether different Louise.

I am not going to betray her confidence by spilling details, but it is enough to say that this girl lived through more trauma before her 21st birthday than most people would go through in multiple life times.  She has taught me about true human resilience; not the one-dimensional, Instagram-meme kind, but the gritted teeth, quiet, exhaustive determination kind. Her resilience has not just been needed for one event or episode, but throughout her entire 40 years. She has lived through tragedy after tragedy, from a young age facing issues way beyond her years.  If I were to look back at seven-year-old Angela standing next to eight-year-old Louise with their 1G classmates, I would feel a fearful certainty that the little girl in front of me would not be able to combat so much adversity.

She has needed to take proactive decisions and action to rescue herself from a legacy which was already written in stone, and she has somehow managed to do that.  I am so proud that at 40 years old, she is successful and self-made, a lovely mother, partner and friend.

The struggles she has faced in her life have meant that she has been able to help me with mine more than she could know.  I recall her saying, at the age of 20 and in the wake of grief which followed her father’s death, that at least her multiple bereavements would mean she would be well equipped in the future when her friends experienced family losses. With typical realism and a tragic, dark humour, she said that at least all her painful experiences might be useful one day.

She was not wrong.  I remember sitting on the side of the bath in my little house in Somerset, my two year old sleeping, my husband organising and my mind frozen in time, and telling her that my brother Ian – who she had also known since she was seven and I was eight – had died by suicide.  There was no floundering, no platitudes, no questions even.  Her first response…

And she was right. She just knew, like she had and has done so many times. It was the only word to sum things up at that point.  She had got it in one.  There was nothing else to say.

She has instinctively understood the implications of Ian’s death for me – not for Ian or for my mum and dad; not for my child or for my sister… but for ME.  She has always held me in the very centre of her concern.  This was and has been incredibly important, especially early on when frequently people (with the best of intentions) asked “how are your parents?” rather than “how are you?”.   She has demonstrated academic insight into my character and my loss, showing greater understanding than I had regarding my own reactions and responses.  It was Angela who first suggested that perhaps I had some issues with boundaries in my relationships which were not necessarily healthy.  Once again I recall this very conversation, which took place as I sat in her house in Denmark where she now lives, cuddling her new-born baby.  A light bulb turned on, and my self-awareness and the context of my experiences changed in that moment. Being offered this insight has been a game-changer for me, and I can only thank her for that.

Angela has been my best friend since 1G, but over the years she has quite simply become my family.  As a child I felt an instinctive and fierce loyalty towards her, but as time has passed and friendship has strengthened, this has developed into a familial love. At the age of 40, I think she would agree that we are vital lifelines for one another. We accept one another entirely, warts and all, and understand the contexts of each other’s lives which have produced the adults that we have become.

In amongst the difficulties we have faced as individuals, we have always remained together. Despite the 1000 miles between us now, we remain together. Whatever happens in our futures, we will remain together.